Well, as I wrote last week, Netflix's public list of expiration dates for streaming titles seems gone for good. An official announcement was made Monday on the company's blog:

Starting today, we will no longer provide expiration dates for any of our titles in the public API... We are making this change because the expiration date can be inaccurate as a result of frequent, often last minute, changes in content flow. Netflix members will still be able to see the listed title expirations on Netflix.com on each individual title page.

That means even sites like Instantwatcher.com will no longer have advance notice of what's expiring. The best we can now expect is a one-week notice for any titles already in our queues. Other titles, i.e., ones we may not know about or whose title page we haven't recently visited, will just disappear.

I'm hoping there will eventually be another alternative, but until then my plan is to spotlight any noteworthy titles that I discover are expiring in the last few days before they're gone. This will be more hit and miss than picking from a compiled list--and with shorter notice--but I should still catch a few good ones that would otherwise have gotten away. In other words, stay tuned...
Posted by David Speranza at 3:36 PM 2 comments: Links to this post

Fell In Love with a Girl: KISSING JESSICA STEIN

If Woody Allen in his prime had made a lesbian romantic comedy that avoided the usual Woody neuroses and verbal tics while remaining immensely funny and likable, it would be pretty close to Kissing Jessica Stein—that is, a valentine to love, New York City, and old jazz tunes, only with two girls kissing. Cowritten and produced by its stars, Jennifer Westfeldt and Heather Juergensen, the film was a hit on the indie and festival circuits back in 2001 and remains the perfect antidote for anyone feeling nutrient-deprived by the formulaic slop served up with the likes of Kate Hudson, J-Lo, and Katherine Heigl (whose three names in succession summon up in me a kind of indigestion of the soul).

But calling Kissing Jessica Stein a lesbian romantic comedy isn't entirely accurate, since both the main characters start out straight and with only a bout of bicuriosity. Westfeldt plays Jessica, a magazine editor and self-described "Jew from Scarsdale" who's a hyper-articulate Diane Keaton/Lisa Kudrow type with standards for men as exacting as her standards for words. When, after a dispiriting series of blind dates, her attention is drawn to a personals ad quoting Rilke (her favorite writer), she finds herself intrigued even though the quoter is a woman. That woman, a free-spirited art gallery director named Helen Cooper (Juergensen), has grown fed up with the hairier sex and wants to try the other side of the fence for a change.

Read more »
Posted by David Speranza at 3:50 PM No comments: Links to this post

Foiled by Netflix: QUEST FOR FIRE

[October 2015 Update: I'm happy to report that Quest for Fire is now streaming in its original widescreen aspect ratio. About time, Netflix!]

Today I was planning to post a review of a film I was genuinely eager to write up. It's one I think deserves a shout-out not only for its intelligent, near-documentary glimpse into the distant past but for how well it holds up today as an effective and imaginative adventure story. This is how I was going to start (give or take a sentence):

Aside from the Dawn of Man sequence in Stanley Kubrick's 2001, most cinematic accounts of the Stone Age have been relegated to B movies and comedies—from One Million Years B.C. in 1966 up through 2008's 10,000 B.C. The former, I was surprised to discover, was more than simply a showcase for Raquel Welch and her fur bikini, and proved to be a surprisingly sincere effort at depicting the lives of our prehistoric kin—even if it did promote the typical 1960s/1970s humbuggery of dinosaurs cohabiting with humans. Such chronological compression reached its apex in the 1981 Ringo Starr comedy, Caveman, an intentionally ridiculous account of Stone-Age man which happened to be released the same year as Quest for Fire, a film that was its polar opposite: that is, an attempt to portray the existence of early humanity with as much realism as possible. Low-budget mammoths (and minor historical inaccuracies) aside, I'm happy to report that Quest for Fire still remains the high water mark for such films, providing an enlightening—and truly entertaining—glimpse back in time that exposes our thin veneer of civilization for what it truly is.

Read more »
Posted by David Speranza at 2:49 PM 2 comments: Links to this post 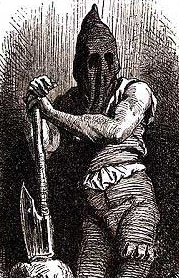 As some of you may already know, the Netflix database has never been 100% accurate. A title that was marked for expiration might easily return to the service a day or a month later. And now that the company has closed down its public list of upcoming/expiring titles (see previous post), this information remains even more subject to inaccuracy. As such, I plan to regularly follow up on titles I've written about whose status may have changed. Here are a few I wrote about last month that actually survived the Great Purge of 5/1/13:

That's not to say these won't disappear tomorrow. But if they do, I'll do my best to update you.


Posted by David Speranza at 2:33 PM No comments: Links to this post

A Note About Expiring & Upcoming Titles

When I started this blog in early April, little did I know that only four days later Netflix would discontinue its public database of upcoming and expiring titles. Unfortunately, that means that my (and many other websites') ability to list these titles in advance may no longer be possible. I realize the value in having those tabs at the top of the page--for myself as well as everyone else--but what this most likely means is that Upcoming Titles will be replaced permanently with New This Month, while Expiring Soon may become more limited in scope after June 1 (which is as far in advance as current lists go).

In the meantime I'll continue doing what I hope this site does best: calling attention to an eclectic mix of overlooked, underseen, and forgotten titles, so that you'll have a slightly easier time choosing what to watch next. I hope you'll continue checking in.
Posted by David Speranza at 2:24 PM No comments: Links to this post

Email ThisBlogThis!Share to TwitterShare to FacebookShare to Pinterest
Labels: news

Surprise, surprise--it actually turned out to be one of those shaggy-dog sleepers you secretly hope all unheralded movies in an 8th Avenue video store will be, but never are. Bridges plays Andy, a softhearted, down-on-his-luck dreamer who's the de facto leader of a group of quirky losers who are always just a corner or two away from their Million Dollar Moment. As we learn from Andy's droll voiceover, those moments are usually engineered, in a burst of inspiration, by Andy himself and acquiesced to by his forgiving friends even when they know he's batting .000. (As one character later puts it, it's not like they've got anything better to do.)

Read more »
Posted by David Speranza at 2:23 PM 2 comments: Links to this post 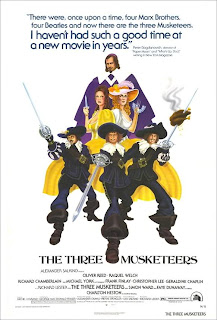 Director Richard Lester (A Hard Day's Night, Petulia) brings a fresh take to this old tale, cramming a large all-star cast into corsets and tabards and letting the mud and swords fly. Bawdy, messy, violent, and occasionally thrilling, this first of two Musketeers movies shot back-to-back (The Four Musketeers is inexplicably unavailable on Instant) remains the standard for all Dumas interpretations before or since. Michael York, Oliver Reed, Richard Chamberlain, Christopher Lee and others take part in some of the most spirited—and exhausting—swordplay ever put on film, made all the more convincing for being performed by the actors themselves. Lester accomplishes the rare feat of fusing a sometimes Monty-Pythonesque tone with genuinely escalating dramatic stakes. Good old-fashioned fun.

Art Carney gives an Oscar-winning performance in this Paul Mazursky road movie. I haven't seen this one myself, but it's always been well regarded and I'm a lifelong fan of Mazursky's other work (including Moscow on the Hudson, Down and Out in Beverly Hills, and Enemies, A Love Story). This one's definitely going into my queue. [UPDATE: Saw it. Loved it. Sorry to see it gone.]

Read more »
Posted by David Speranza at 2:23 PM No comments: Links to this post