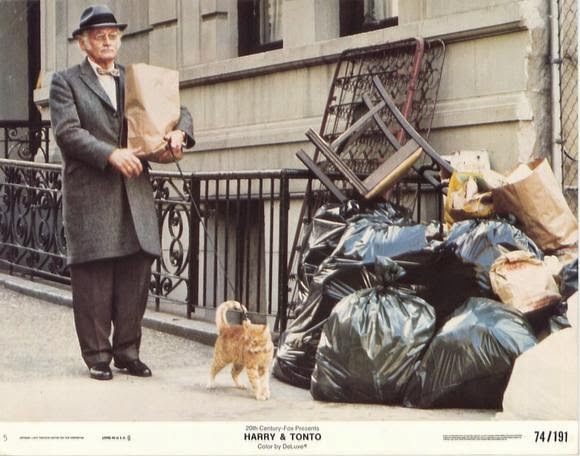 As we begin this final weekend of April, it's time to once again take stock of the noteworthy titles leaving Netflix streaming. It's not the most painful list of deletions to come this blog's way, but some of them will sting, especially the handful of 1970s films that arrived only three months ago. Those titles, singled out here back in February, are Harold and Maude, North Dallas Forty, and Marathon Man, all of which contain the welcome grit and unpredictability that were hallmarks of 1970s cinema (and which seem so hard to come by amid today's endless sequels and remakes).

Other Me Decade flicks ascending to Netflix Heaven (or is it only Limbo?) are Paul Mazursky's touching and funny Harry and Tonto, which won Oscars for Mazursky's screenplay and Art Carney's lead performance; the original, made-for-TV, Brian's Song—the first movie to introduce my younger brother and me to cry-bonding when we were kids; and tough-guy director Don Siegel's Two Mules for Sister Sara, a western starring Clint Eastwood and Shirley MacLaine.

All of the above will be disappearing in the final seconds of April 30, as will a couple of bona fide classics from even further back: Preston Sturges' screwball gem, The Lady Eve (1941), and Billy Wilder's Some Like It Hot (1959). The Wilder film—which has streamed only since January—should be familiar to even casual classic-movie (or Marilyn Monroe) fans, but the lesser-known Sturges flick remains an essential entry among screwball comedies of the 1930s and '40s. In fact, the genre was all but played out by 1940, until the man who cut his teeth as a screenwriter in the previous decade convinced a wary studio to let him direct, giving him the chance to take his unique mix of verbal wit and physical comedy to dizzying heights.

Read more »
Posted by David Speranza at 1:19 PM No comments: Links to this post 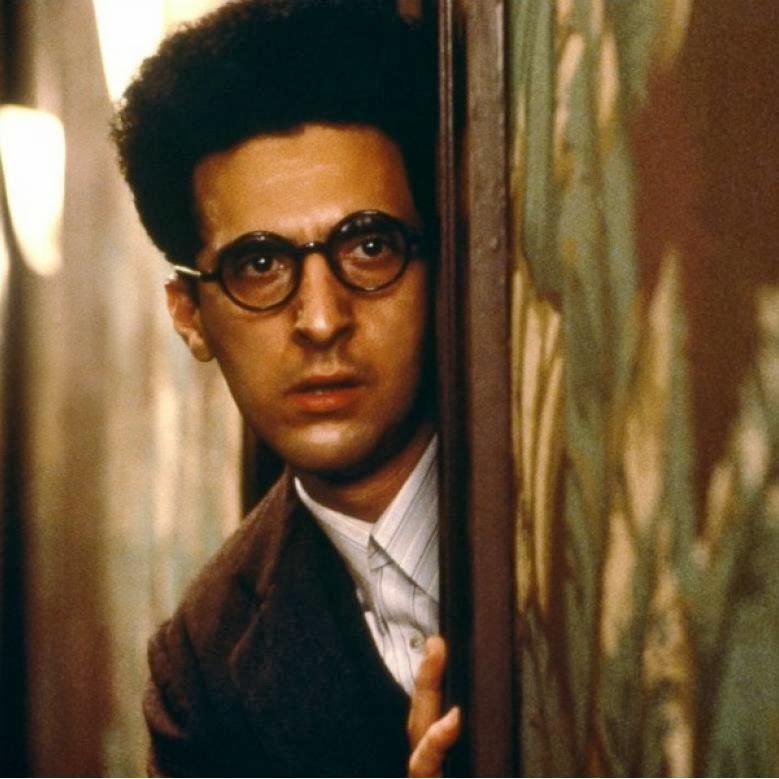 With the possible exception of zombies and radiation-breathing monsters, everyone loves a good resurrection, right? Especially if it means a second month in a row of Netflix reviving so many great titles from expiration lists past. It's tough to beat last month's bounty, with all its returning classics and Altman movies, but April's not too shabby either. Among personal faves I'll go ahead and plug Barton Fink (review) and Chinatown (review), both of which have already received attention here but can never be watched too often (and really, if you still haven't seen Chinatown, I'm not sure why you're even finishing this sentence. Go! Stream!).

Marilyn Monroe—and musical—fans also get some love this month, with renewed doses of There's No Business Like Show Business (1954) and Gentlemen Prefer Blondes (1953), the latter representing Monroe's second collaboration with director Howard Hawks (the first—Monkey Business (1952)—is already available). That brings MM's presence on Netflix to nine titles, and Hawks' to four. And while this still leaves a serious streaming gap in the classics department, it's a step in the right direction.

You could even argue that these last couple months represent a conscious replenishment of many director and star catalogs. For instance, the returns of Titanic and The Terminator mark a beefing up of director James Cameron's filmography on the site, providing backstory for the already-streaming Terminator 2—and simultaneously adding to the presence of Arnold Schwarzenegger. Ah-nuld, who recently saw the addition of The Last Stand and Last Action Hero to Instant, can now also be spotted sprinting through The Running Man—one of the more entertaining examples of his late '80s output (and one that fits neatly between two similarly themed films, 1974's Rollerball and 2012's The Hunger Games).

Read more »
Posted by David Speranza at 1:03 AM 2 comments: Links to this post