It doesn't look like I'll have a chance to write a proper post extolling the virtues of the titles expiring before month's end, but be sure to take a look at the list at the top of the page to see what's on the cutting block. Most notable is The Dick Van Dyke Show, which, despite being over 50 years old and in black-and-white, achieved a humor and freshness that keep it virtually ageless. Creator Carl Reiner made a point of not referencing the era's events or pop culture, and that—along with believable, archetypal characters, solid writing, and funny, grounded performances—make this series as entertaining today as it was in the early 1960s. All five seasons of the show expire at 12:01am on 11/29 [Update: since renewed]. If you're one of the few who have never seen it, and you enjoy traditional sitcoms, you should definitely check out a few episodes before they're gone. 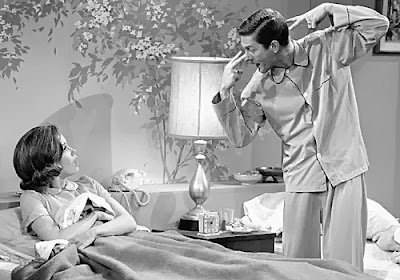 Also of note: two '70s classics—Carrie and Saturday Night Fever—both of which have been mentioned here before and both featuring John Travolta—along with the tense, borderline exploitative Larry Clark thriller, Bully, which is based on a true story and, despite its tossed-off, documentary feel and casual, underage violence and sexuality, sneaks up on you by building some genuine, nail-biting tension by the time it's over.

That's all for now. Other titles worth a look can be found on the Expiring Soon list. Here's wishing you a happy, movie-filled Thanksgiving!

Read more »
Posted by David Speranza at 8:25 PM No comments: Links to this post

It's been an interesting month on Netflix Instant, for reasons both good and bad. Among the bad is the usual loss of some very worthy titles on October 31 (see previous post), but unlike in past months, the attrition has continued into mid month. It also seems to be taking an especially high toll on foreign films, a few of which are indisputable classics.

What else would you call 8 1/2, The Bicycle Thief, and The Cabinet of Dr. Caligari? All of these, surprisingly, expired on 11/15 (note: The Bicycle Thief has since returned). Meanwhile, on 11/20 we'll lose a number of former Netflix mainstays, including the intriguing, Memento-like romantic drama, Novo (2002), starring a very easy-on-the-eyes cast headed by Eduardo Noriega and Anna Mouglalis; Russian Dolls (2005), Cedric Klapisch's sequel to his young-bohemians-in-Barcelona ensemble comedy, L'Auberge Espagnole; Jean-Claude Brisseau's controversial, sexually explicit Exterminating Angels (2006); and a personal favorite, Sex Is Comedy.

A kind of hothouse, female version of Truffaut's Day for Night, Sex Is Comedy is Catherine Breillat's witty look behind the scenes of a sexually charged coming-of-age film not unlike her own Fat Girl. Getting to the heart of the dynamic between a director (Anne Parrilaud) and her emotionally needy actors, the film displays in hand-wringing detail the games and manipulations that become basic currency in the negotiations surrounding a movie sex scene. The performances are excellent and subtle all around (especially Parrilaud's channeling of Breillat herself), the humor is smart and sly, and the emotional resonance by film's end comes as a welcome surprise. This is one of the few Breillat films that feels less like an exercise or political statement and more an honest-to-goodness movie, with an actual beating heart. Yet it still gets across its message, in some ways making it the lighthearted antithesis of Brisseau's above-mentioned Exterminating Angels, a semi-autobiographical fantasia that follows a similar, more explicit—and potentially more inflammatory—path. Come to think of it, these two films would make an excellent double feature. But be warned: Angels can be pretentious and a bit baffling in that French arthouse way, and the line between sexual exploitation and commenting on said exploitation has never been dicier. Prepare to squirm.

Read more »
Posted by David Speranza at 1:09 AM No comments: Links to this post