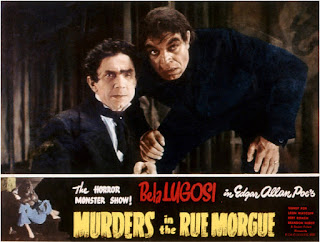 Just so no one thinks the number of movies expiring from Netflix this month represents business as usual, here's a tally of how many titles left the service each month since December of last year (as tracked by the enormously helpful site, New on Netflix USA):

That averages out to 307 departing titles per month, for the last six months. By comparison, July's total is (drum roll, please)...996. And counting. By the end of this month, given what we already know is set to expire, the toll will easily surpass 1,000.*

Making this number even worse is the fact that, as reported in my July 3 post (also picked up by many news outlets), the majority of these titles left with little to no warning—going against Netflix's historic practice of providing at least one week's notice prior to expiration.

That means you went to bed on the 19th with, say, 164 titles in your queue, and in the morning you woke up to find that 18 of them had disappeared. Poof—gone. Without any chance to reorder or prioritize based on Need To Watch. Thought you'd get a chance to bone up on some Mario Bava giallos or classic silents? Or one of those TV movies of the 1970s you were always curious about? Too bad. Netflix had other plans. And if reports of recent customer service calls are correct, the company plans to eliminate its expiration warnings altogether (because, why bother keeping your customers informed?).

Read more »
Posted by David Speranza at 1:16 PM 91 comments: Links to this post 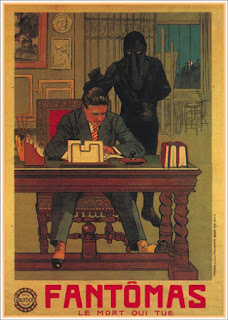 Well, this was unexpected. After June's list of more-than-could-be-processed expiring titles, it was natural to assume the bulk of the damage was done and we could go ahead and discuss July's new arrivals. But Netflix had other ideas. Perhaps trying to keep everyone from noticing exactly how many titles it's eliminating, the service saved a large chunk of its vanishing catalog for July 5—giving no prior notice until the last couple of days (the fact that it's July 4th weekend may also have been part of their plan, if you're conspiracy-minded).

Thanks to all the eagle-eyed readers out there who have been diligently posting their findings (and making my humble Expirations page look like a sub-Reddit forum!), we can gauge just how much will be gone as of Sunday at midnight. Granted, much of it is obscure genre fare and some is downright crappy, but there are also a few genuinely notable older titles—including the early John Boorman flick, Leo the Last (1970), and Jim McBride's seminal David Holzman's Diary (1967)—not to mention a whole slew of silents, many by that era's most distinguished filmmakers. There are too many for me to provide links, but here are all the silent films and pre-1982 titles (so far) that are viewable through July 5:

Read more »
Posted by David Speranza at 1:26 PM 113 comments: Links to this post