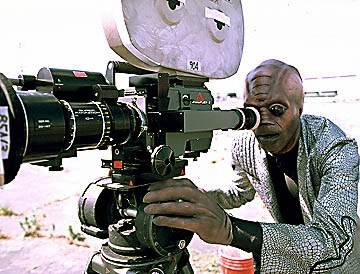 Another month's end, another round of expiring titles, some leaving for the first time, others zipping past on a lazy Susan of cinematic temptation. Here comes Coppola...there goes Coppola...no, wait, he's back, and... Darn, gone again. Is that Buckaroo Banzai appearing on the horizon? By gum, I think it is. Oh, never mind—there he goes, zooming off in that crazy jet car, tossing fellow '80s stalwart Flesh + Blood into the back seat then extending one arm to snag Last Tango in Paris before crashing through a wall into the 8th dimension of streaming limbo. Rutger and Marlon, we hardly knew ye! But you'll be back, right? Pretty please?

Along with Coppola and Last Tango's Bertolucci, the seemingly obligatory monthly loss of movies by big-name directors continues, with a few titles more well-known than others. The most significant would be Robert Zemeckis' equally praised and reviled Forrest Gump (1994), Robert Redford's Ordinary People (1980)—which I'll never forgive for stealing the Best Picture Oscar from Raging Bull—Mira Nair's Monsoon Wedding (2001), and Fred Zinnemann's classic, High Noon (1952), starring Gary Cooper and Grace Kelly. None of these needs me to sell its virtues (or faults) before it's gone on February 1—unlike Robert Altman's Cookie's Fortune (1999), a pleasant, small-town crime comedy that was one of the director's better films during a lull in creative highs between Short Cuts (1993) and Gosford Park (2001). Four generations of actresses—Patricia Neal, Glenn Close, Julianne Moore, and Liv Tyler—are up to shady doings as a family of eccentrics with their reputations at stake when one of them takes her own life.

Read more »
Posted by David Speranza at 11:09 PM No comments: Links to this post

Shades of Gray: ABDUCTION OF EDEN 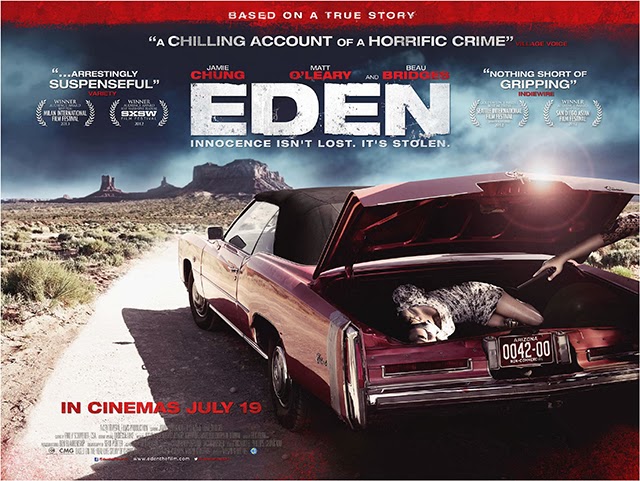 I wasn't sure what to expect from Abduction of Eden (called simply Eden in its theatrical run). I knew it received excellent reviews and that it was directed by emerging Seattle filmmaker Megan Griffiths, whose last movie was the micro-budgeted, nicely observed The Off Hours. But the subject matter—true-life* story of Korean-American teen abducted into human trafficking ring—was a tough sell, loaded as it was with predictable melodrama and potential agendas. I knew from reviews that Griffiths was taking a restrained, less exploitative approach, but that also gave me pause: how do you tell a story of forced teenage prostitution without getting a little down and dirty? It's like watching those American actresses (they know who they are) play strippers who don't actually, you know, strip—Hollywood prudishness at its least believable.

Still, despite this and the unfortunate title change, I remained intrigued by the film for the obvious intelligence and vision Griffiths brought to The Off Hours, a small-town slice of life that paved little new territory yet captured its characters and milieu with an admirable confidence and empathy. I was curious to see what the director would do next.

Read more »
Posted by David Speranza at 1:43 AM No comments: Links to this post

I'll go ahead and predict right now that this will be among the least viewed—and least searched for—of my blog posts. But, hey, no one said trumpeting the obscure is about getting attention, right? 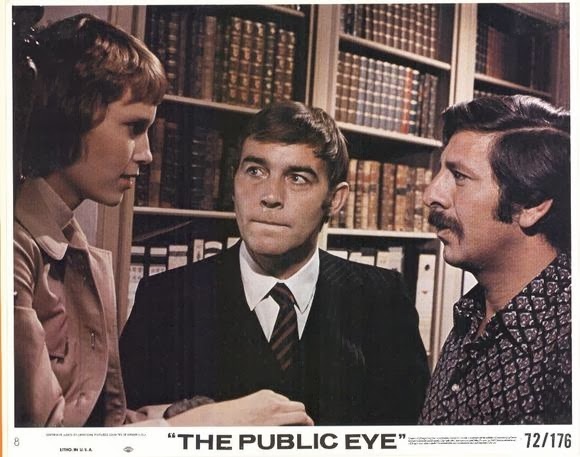 One benefit of the high licensing fees Netflix pays to stream popular movies is that a lot of lesser-known (and thus, cheaper) titles are acquired which get to make a case for themselves long after their initial release. These can be anything from last year's Drinking Buddies, a low-gauge indie charmer starring Jake Johnson and Olivia Wilde, to films from 30 or 40 years ago that have somehow faded into obscurity. Case in point: 1972's The Public Eye (released in England as Follow Me!)

Along with being the final movie by British director Carol Reed (The Third Man, Our Man in Havana, Oliver!), The Public Voice was written by playwright Peter Shaffer (future scribe of Equus and Amadeus); stars Mia Farrow—between high-profile roles in Rosemary's Baby (1968) and The Great Gatsby (1974)—and Topol, Oscar-nominated the year before for Fiddler on the Roof; and boasts a score by John Barry, who was already well on his way to legendary composer status by virtue of his James Bond films. In other words, A-level talent across the board.

So, what happened? Why has this amusing, and occasionally trenchant, comedy-drama been almost completely forgotten?

Read more »
Posted by David Speranza at 11:33 PM No comments: Links to this post

Following last month's mass movie-title massacre, it would be easy to join the chorus of Netflix naysayers and cancel the streaming service in a noisy, indignant huff (see also: Netflix Huff). But a funny thing happened on January 1: a lot of great new and returning titles appeared, going a long way toward filling the gap left only hours earlier. Sure, it's going to be tough to make up for losing the Charlie Kaufman films or the incomparable Miller's Crossing, but this month's additions arguably go toe to toe with last month's departures. 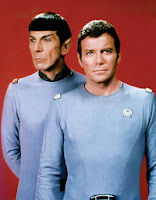 Classic sci-fi fans may have cried foul at the loss of Robert Wise's The Andromeda Strain, but in its place we got not only the director's even more classic The Day The Earth Stood Still (1951), but the first of the Star Trek films, Star Trek: The Motion Picture (1979). Sure, it's not the franchise's best, but it's far from the worst, and it has the distinction of being much closer in spirit to the exploratory/philosophical nature of the original series than the flat-out action-oriented installments to come. And to those of us who saw this on its first release and thought: "Wow, look how old those guys are!" it's refreshing (and a bit painful) to now think: "Wow, look how young those guys were."

Robert Wise fans (and I know you're out there) may also get some satisfaction from the availability of West Side Story (1961), a multi-Oscar-winning musical about star-crossed lovers from the opposite side of the tracks. This should ease the loss of not only Franco Zefirelli's Romeo and Juliet, but another award-winning epic about equally mismatched lovers, Titanic. Richard Beymer is no Leo, of course, but then Billy Zane's no Rita Moreno, either (thank goodness).

Read more »
Posted by David Speranza at 9:11 PM No comments: Links to this post