January Expiration Watch: Not So Bad (if you don't count the BBC)

For a lot of you, this month's expiration story boils down to only one headline: All Those BBC Titles—Gone! 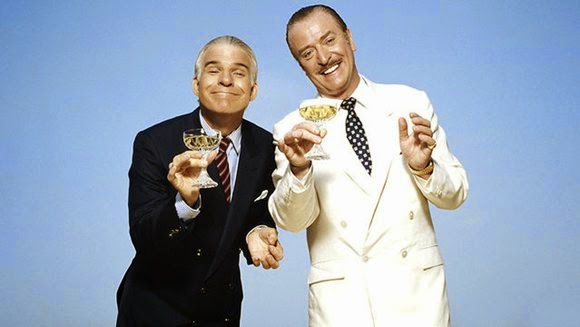 But wrenching as that is, it's become something of an old story already, and now that many of us have had time to work our way through shock, denial, and into acceptance (sort of), there's another story being told this month—one that's peculiar and a bit less devastating. It's the tale of 52 notable, non-BBC titles leaving the service by the 1st of February, a full 31 of which arrived within the last three months—suggesting a chronic case of premature (ahem) expiration on the part of Netflix.

But here's the good news: the bulk of those recent additions aren't exactly what you'd call masterpieces, while the rest seem to pop off and on Instant with the regularity of blinking neon in an old film noir. Here's what we're looking at, broken down by month:

Read more »
Posted by David Speranza at 12:10 AM No comments: Links to this post

My, my. Who knew there would be such a media firestorm surrounding those BBC titles marked to expire from Netflix Instant? I was pretty surprised to see a record number of news sites citing this blog as a source, resulting in a record number of hits—numbers which continue to boggle (thank you all).

But here's the thing: even with all the attention this story received, so many news sites got—and continue to get—their facts wrong. In one story after another I've read that "all" of the BBC titles were on the chopping block. Or, if not all, then shows like The Office and Sherlock were among them (which they never were). I've also seen claims that the mass expiration was "rumored"—which was pretty rich considering Netflix itself was responsible for slapping on all those expiration labels. And now that a good chunk of the most popular series have been renewed, I'm seeing stories claim that "all" or "most" of the titles have been renewed and, Whew! we needn't have been so worried after all, it's just business as usual, move along, nothing to see here, etc.

Well, I hate to stick my thumb in the (black) pudding, but that's just not the case. As you can see from the lists below, 24 titles were renewed, while another 52 are still marked for 2/1 (actually 1/31) departures. Granted, many of those staying are among the most popular and headline-worthy (hello, Dr. Who and Top Gear), but there are equally important series still getting the axe, among them such stalwarts as Fawlty Towers, Coupling, Black Adder, Red Dwarf, A Bit of Fry & Laurie, and not one but two Diana Rigg miniseries.

Is it possible Netflix will still renew some or all of these shows in the months to come? We can certainly hope. But for now, they're wearing the scarlet letter E. So I'll leave it to the Anglophiles and the nature- and history buffs to sift through the list and decide which are worth bingeing into the wee hours of January's remaining days. All I can say is: Godspeed. And I do mean 'speed'...

Read more »
Posted by David Speranza at 1:46 PM 6 comments: Links to this post

On Those (Possibly) Expiring BBC Titles

(1/16 update: Many of these titles have now been renewed, including all of Dr. Who. See next post for the full rundown.)

There's been a lot of buzz in the last 24 hours regarding the large block of BBC shows scheduled to expire from Netflix Instant on the 31st (and which have been listed here for over a week). Sources as diverse as The Huffington Post, CNN, MTV News, and Vulture have all referenced this site's expiration list, which has been awesome, but it's also led to some minor confusion. So, to address any questions some of you might have:

If you don't see it listed, it's probably safe

Not every streaming BBC show is marked to expire. Programs such as Sherlock, Doc Martin, Merlin, and Ripper Street, for example, look to be safe (for now). If there's a specific title you're worried about that you don't see here, just search for it on Netflix's website, then hover your cursor over the thumbnail like so: 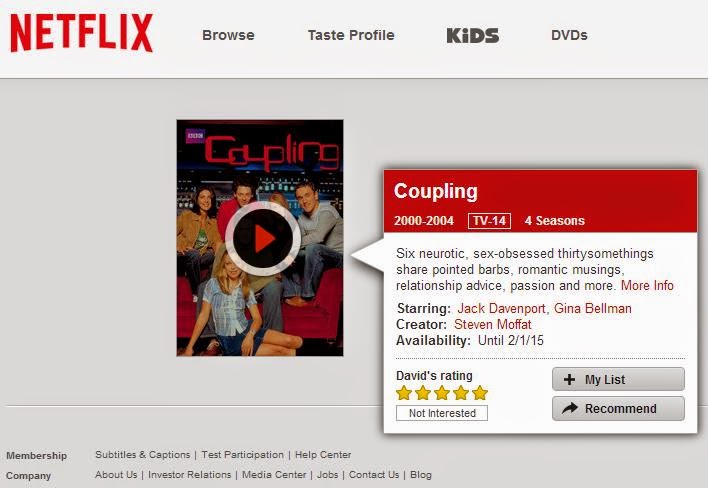 See that availability date? It will also be listed on the show's main info page, down on the right beneath Streaming Details: 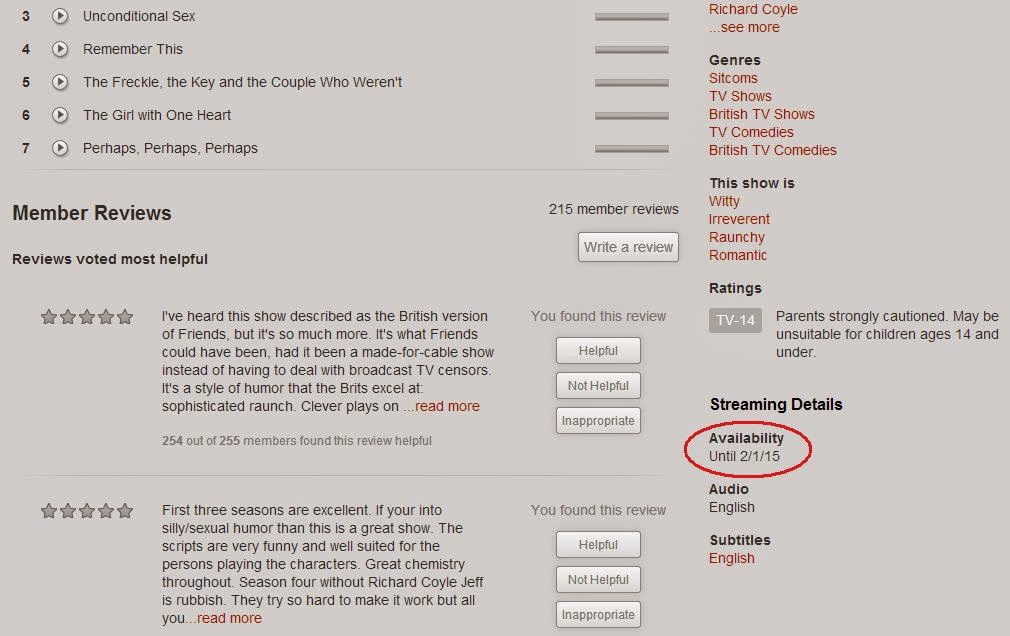 If there's no availability date, then you're okay (again—for now!). As longtime readers know, this isn't always a foolproof test, since Netflix can be cagey about revealing such dates. But for this block of shows (and TV series in general), it's usually accurate. (Movies, of course, are another matter...)

Read more »
Posted by David Speranza at 2:34 PM 8 comments: Links to this post

Well, the end of December certainly was brutal. I don't know about you, but I'm still feeling a sharp ringing behind the ears from so many sacked titles. And if this month's upcoming losses are to be believed, the carnage is far from over. (Don't you dare take away my Coupling and Fawlty Towers! Or BBC faves like Dr. Who and Luther and Top Gear and...)

So, has Netflix decided to atone for these accumulating sins by rolling out an irresistible roster of January movies and series? Not so much. I mean, yes, there are good—and even great—titles that showed up this month. But fully a third of those were returning after a brief absence, so we've not only encountered most of them in the past year, but in all probability they'll pull another vanishing act in 3-6 months. 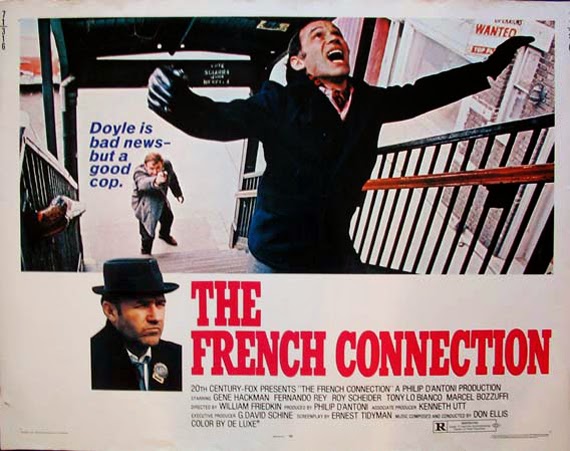 Not that I'll ever argue with returning titles The Apartment, Chinatown, Marathon Man, or Sunset Boulevard. Those should form a permanent foundation beneath the service—an impregnable Wall of Classics (if you'll forgive the mixed architecture)—especially paired with newcomers The French Connection, Fantasia, Marty, the original Robocop, Moonstruck, Mystic River, and Swingers. But considering the damage done to Netflix's pre-1982 catalog in the past couple of months, it's going to take a heck of a lot more to restore my confidence in the service's ability to maintain a respectable mix of both classics and newer titles.

In the meantime, here's the breakdown of what's queue-worthy:

Read more »
Posted by David Speranza at 11:18 AM 3 comments: Links to this post