Welcome to the blog's 100th post. Combined with next month's 2nd anniversary and the recently added Amazon Prime page, these are celebratory times at What's On NETFLIX Now? (Cut to: David dozing off at his keyboard). Would that Netflix itself provided greater cause for celebration: unless original series are your be-all/end-all, pretty much every category takes a sock to the jaw this month, from classic Hollywood's biggest stars to underappreciated comedies, cult indies, and, in a big blow to the kid in all of us, nearly the entire stable of Cartoon Network and Adult Swim programs. But let's start with the classics... 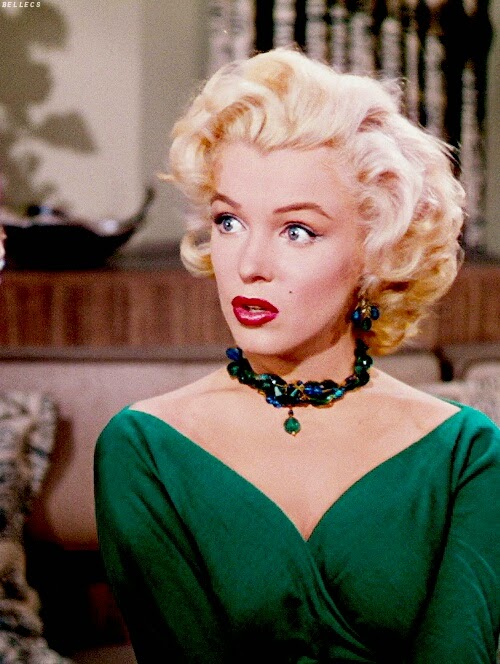 It's a rough month if you happen to be a Marilyn Monroe fan. On March 31, three of MM's more flamboyant 1950s productions are getting the hook: Gentlemen Prefer Blondes (1953), How to Marry a Millionaire (1953), and There's No Business Like Show Business (1954). Over the last couple of years we've seen these titles come and go, but my faith in their return isn't terribly strong now that Netflix seems to have lost interest in maintaining its back catalog. In fact, at this rate I may need to rename this blog What's NOT on NETFLIX Now?.

These colorful, over-the-top spectaculars (two are musicals) marked an unofficial coming-out party for the former Norma Jeane, who emerged from half a decade of supporting parts, prurient publicity, and a couple of low-profile dramatic leads (Don't Bother to Knock, Niagara) to fully cement her blonde bombshell status and create an iconic persona for the Hollywood ages. So if you've ever wondered what the fuss was about, this trio of films—filled to bursting with star power and production value—makes a pretty good argument for Monroe's status as a larger-than-life sex symbol who could sing, dance, and play the dumb blonde to comic perfection. She was much more than that, of course, as a number of her more dramatic roles would prove (particularly Bus Stop and The Misfits). But these early flowerings of stardom are how a majority still remember her, before her personal and professional problems overtook the headlines and lent a lasting aura of sadness to the woman whose show-stopping performance of "Diamonds Are a Girl's Best Friend" (in Howard Hawks' Gentleman Prefer Blondes) remains a joyful pop-culture touchstone.

Read more »
Posted by David Speranza at 12:58 PM 7 comments: Links to this post

Hollywood has now given such a bad name to romantic comedies, it's essentially thrown in the towel and stopped making them. (Go ahead: try naming one successful studio-made rom-com from the last couple of years.) For some people that may not be a terrible loss, but I'm not one of them. I'll always enjoy a clever, truly funny rom-com—hold the schmaltz—and I'm sure there are other manly folk out there who secretly like to watch couples meet cute, fight, then make up while we grin foolishly and pretend there's soot in our eye.

That's where independent filmmakers are able to pick up the slack. In place of stratospheric budgets, exotic locations, or superpowered special effects, romantic comedies demand little more than a solid script, a likable, talented cast, deft direction, and an ability to breathe freshness into situations we've all seen a thousand times. A tall order, certainly, but one that, like any good indie, can be achieved for the price of a digital camera and a cast and crew willing to subsist on pizza, bagels, and passion.

Sure, the results can be as bad and predictable as anything starring Katherine Heigl or Kate Hudson (*shudder*). But there are also unheralded gems able to climb their way out of the streaming indie muck (for examples, see my reviews of Stuck Between Stations, Cashback, and In a World). Some of these combine a surprising level of star power, professionalism, and originality, and are more than worthy additions to a genre all but abandoned by the studios who invented it. I'm not saying any of the below titles are the next It Happened One Night, When Harry Met Sally, or Silver Linings Playbook, but each offers its own unique take on the pitfalls of finding love in the modern world.

Despite its generic, rom-com-sounding title (ugh, not another wedding movie!), Save the Date still had me wondering how bad a film starring Lizzy Caplan, Alison Brie, and Martin Starr could possibly be. The answer, it turned out, was, "Not bad at all." As representatives (joint and otherwise) of three very funny cult comedy series—Freaks and Geeks, Party Down, and Community—the three stars promised to deliver at least a few laughs (and of course it's never hard to watch Ms. Caplan or Ms. Brie, who hit a sweet spot of smart/funny/gorgeous that can warp the faculties of even the harshest critic).

Read more »
Posted by David Speranza at 6:46 PM 3 comments: Links to this post

At first glance I wouldn't call March a particularly stellar month in the history of Netflix streaming—especially in light of all the painful expirations since December. But nearly every category gets a few worthy additions, joining obvious headliners like Top Gun (1986), Twilight (2008), Crash (2004), and Groundhog Day (1993), as well as returning greats Donnie Brasco (1997) and Taxi Driver (1976). 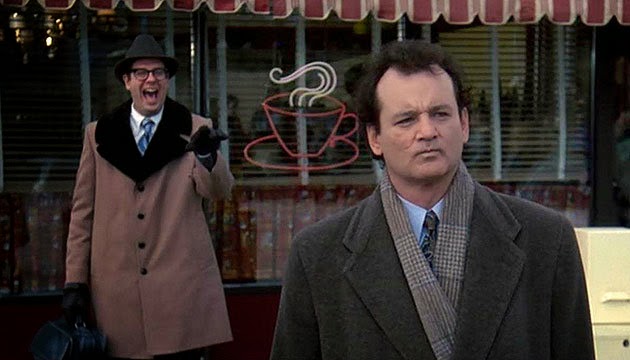 Netflix, of course, likes to promote its original series, so you likely already know about the arrival of Tina Fey and Robert Carlock's new sitcom, Unbreakable Kimmy Schmidt. The premise—irrepressible young woman hits the Big City after being locked in a bunker for 15 years—doesn't exactly set the toes a'tingling, but as the creator of 30 Rock and Mean Girls, Fey's cred is unimpeachable and I'll definitely give this one a look. Later in the month brings the complete runs of A Different World and 3rd Rock from the Sun, the first half of Mad Men's final season, and another Netflix original, Bloodline.

I'm a big fan of Dan Harmon's cult sitcom, Community (unforgivably absent from Netflix), so I was especially excited by the arrival of 2014's Harmontown. Documenting the cross-country tour of Harmon's live podcast—a free-form, often drunken mix of comic geekery, group therapy, and audience love-in—the film takes a peek inside the brain, and conscience, of a brilliantly creative man whose warring id and ego are at times painfully on display, but which remain inseparable from his razor-sharp wit and intimidating comic imagination.

Read more »
Posted by David Speranza at 10:56 AM No comments: Links to this post