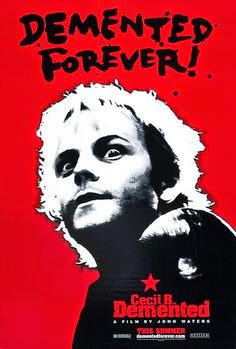 Once again Netflix teases us with some stream-worthy titles, only to snatch them away just a few months later. As I did back in January, when something similar happened, I'm going to sort this month's expiring titles into groups based on when they arrived—only this time I'll start with the most recent (just to keep you on your toes). Unless otherwise noted, all of these can be streamed through April 30.

And then there are those that seemed to be on more reasonable timetables, i.e., on contracts ranging from six months to two years:

Read more »
Posted by David Speranza at 5:00 AM 3 comments: Links to this post

Given all the breathless headlines these days about superhero franchises and upcoming Star Wars sequels, it's ironic that Netflix is letting go of a couple of very appealing documentaries focused on two of the founding fathers of modern geekdom: Stan Lee and George Lucas.

It's impossible to imagine what pop culture—or today's Hollywood—would be like without Stan Lee. As the co-creator of Marvel Comics' most recognizable superheroes, from the Fantastic Four to the Hulk to Spider-Man, the Avengers, the X-Men, Daredevil, and even Ant-Man, Lee helped shape the path comic books—and now movies—have taken for over 50 years. And he's still going strong, as this thorough and (justifiably) worshipful documentary shows. At 92, the man (or, in this case, "The Man") continues to work rooms, comic conventions, the Internet, and movie studios as the most tireless, charming, and durable advocate of his art imaginable. In his mid-80s at the time of filming, Lee is irrepressibly fit and spry and still very much in love with life (along with his adoring wife of 60-plus years). He comes off as not only a wonderful spokesman for the comics industry, but as a peerless example of the human spirit. You can't help but admire his humor, his energy, and his ability to keep up with the times. And at film's end, you'll feel grateful—and mildly amazed—that he's managed to sustain this level of creativity (and salesmanship) for so long, while quietly dreading the grayer world we'll be left with when he's no longer a part of it. (Update: the doc is gone, but Stan Lee continues to impress in this latest short video, on the art of...cameo acting!]

Read more »
Posted by David Speranza at 10:57 AM 2 comments: Links to this post

Since It Was Good Enough for Netflix... 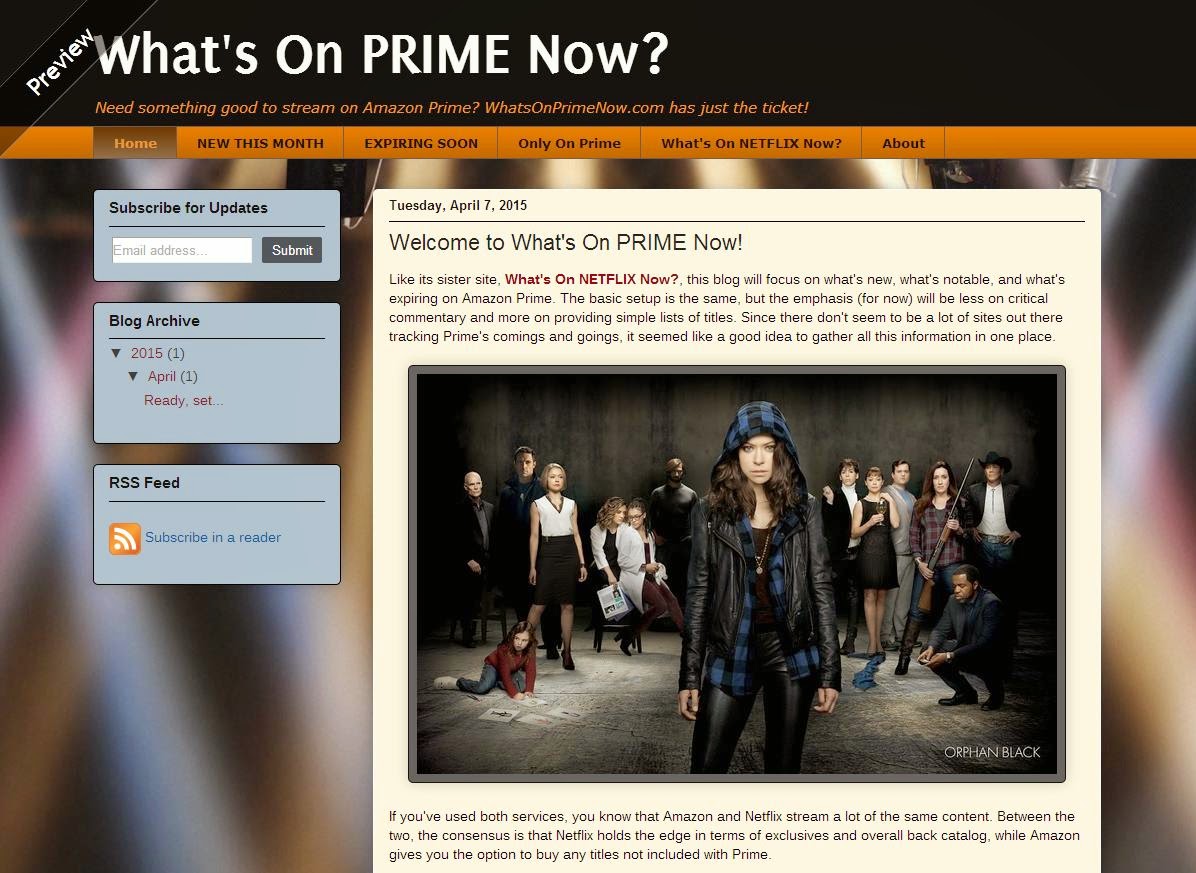 Introducing the new standalone blog for Amazon Prime subscribers: What's On PRIME Now? (catchy name, no?). Just like this site, WoPN will maintain running tallies of the service's streaming titles to help you decide what's worth watching. This replaces the single Prime page that debuted here last month, with a direct link now taking its place in the tab above—letting you essentially toggle between the two sites.

Go ahead and take a look around. Even if you're not a Prime user, you may find it useful to compare the two service's offerings. I hope you like what you see! And feel free to let me know if I've forgotten something or if anything seems goofy.

On an unrelated note: For some time, technical issues have prevented certain readers from commenting on this site, so I'm changing the commenting style to allow greater access. The trade-off is that now each new comment opens a pop-up window for you to write in, instead of letting you comment inline. It also, for some reason, removes the Reply option, which I'm not happy about but which we'll all just have to get used to—unless someone out there is more fluent in Blogger than I am, and can suggest a more elegant solution.

Posted by David Speranza at 2:42 PM 4 comments: Links to this post

Some interesting titles are making their streaming debuts on Netflix this month, along with a number of impressive standouts. Let's start with the high points, shall we? 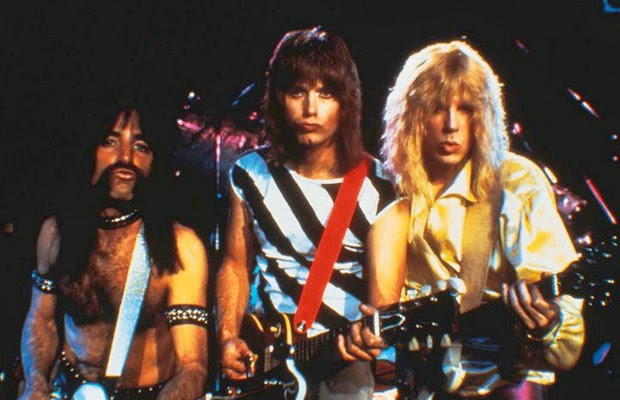 STANDING TALL
The Big Lebowski (1998) - What else is there to say, but..."The Dude abides"?
Bound (1996) - A steamy neo-noir from the directors of The Matrix, back when they still knew how to put together a taut, well-constructed entertainment
Natural Born Killers (1994) - Oliver Stone's nasty, tasty slice of '90s nihilism, with Woody Harrelson and Juliette Lewis making Bonnie and Clyde look like Hepburn & Tracy, from a script by Quentin Tarantino
Three Kings (1999) - David O. Russell, better known today for Silver Linings Playbook and American Hustle, cooked up this dark Gulf War comedy that's one part Treasure of the Sierra Madre, one part Catch 22
This Is Spinal Tap (1984) - Even though I own two different DVD editions of this film (one of which is long out of print), I'm very happy to see this seminal rockumentary now online—a comedy that truly goes to 11

There are also a batch of notable titles showing up later in the month, including the much-anticipated first season of Netflix's Daredevil, the off-its-rocker Crank (2006), the latest mind puzzle from Jean-Luc Godard, Goodbye to Language (2014), and a couple of highly regarded new horror films, The Babadook and A Girl Walks Home Alone at Night. I'm looking forward to all of these (except maybe the Godard, which I saw in a theater—in 3D—and which might be tough to watch again, especially in 2D). Premiere dates listed at the bottom of the page.

Read more »
Posted by David Speranza at 12:59 PM 7 comments: Links to this post