In the spirit of Halloween, here are a handful of notable horror films streaming on Netflix, from places other than the United States. All but one of these has subtitles, but that shouldn't deter true horror buffs (most of whom I assume can read). Arranged in order from Artfully Serious to Disgustingly Funny, these are my picks for a horrific, internationally themed All Hallow's Eve... 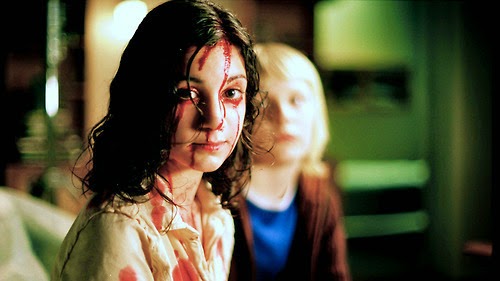 (Sweden) The justly celebrated Let the Right One In may be the most low-key horror film ever made. It doesn't frighten so much as slowly seep into your skin, like a stealth transfusion that uses the wrong type of blood so your body has no choice but to reject it. Resembling a low-budget European art film (which in many ways it is), Let the Right One In keeps the big shocks and scares to a minimum, calibrating them for maximum intensity as director Tomas Alfredson's observational camera records the film's acts of violence with a contemplative, almost mournful gaze—until you're so invested in the characters, every subtle shift in tension leaves you gnawing a knuckle. Shaped as much by mood and silence as emotion and sensation, the film can be viewed as a touching story of friendship between sensitive, introspective 12-year-olds—except when it isn't—making it one of the more unusual, artful, and disturbing vampire movies you're likely to see.

Read more »
Posted by David Speranza at 7:00 AM 3 comments: Links to this post

October Expiration Watch: Hacking Away at the '80s

Bad news this month if you're a fan of 1980s movies; also if you're a Clint Eastwood, Francis Ford Coppola, or Firefly fan (no, Firefly isn't leaving, thankfully, but Serenity—the feature-length sequel to that short-lived cult series—sadly is). Some other good stuff will also be taking a break from streaming (we hope it's only a break), including a handful of classics, a helping of sci-fi, a bit of horror, and a few curiosities that are worth a look if you're craving something unusual. 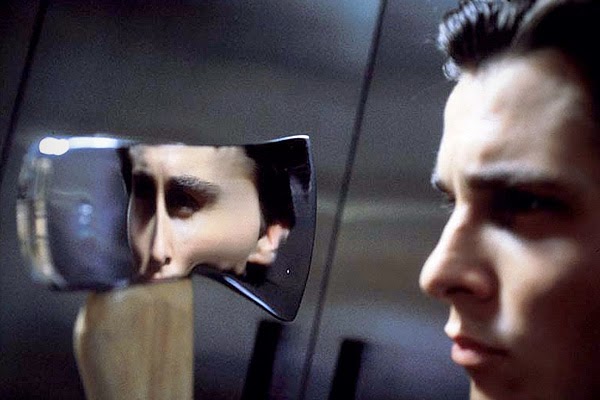 American Psycho (2000) - not technically an '80s movie, but it's based on a Brett Easton Ellis novel that's of and about the '80s—in all their greedy, serial killer excess
The Big Chill (1983) - Lawrence Kasdan's tribute to baby boomer nostalgia (capsule review here)
Brighton Beach Memoirs (1986) - this one's a double period piece—a semi-autobiographical 1980s comedy set in Neil Simon's Depression-era youth; watch it back to back with Woody Allen's Radio Days and don't be surprised if you start talking like an old-school Brooklyn Jew
Broadcast News (1987) - great cast, sharp and funny James L. Brooks script; see it if you haven't
Caveman (1981) - Ringo Starr, Barbara Bach, and Shelley Long as wacky cavemen with '80s hair—but the star of the show is still the drunken dinosaur
Footloose (1984) - if someone were to send an '80s time capsule into space, a DVD of this movie might very well be in it
He Said, She Said (1991) - also not technically made in the 1980s, but with those hairstyles, those shoulder pads—and Kevin Bacon—it's not fooling anybody: so '80s!
La Bamba (1987) - Ba-la-la-la-la bamba! Hmm...'80s movies about other eras: a recurring theme
Say Anything (1989) - how dare they take away Lloyd, Diane, and the giant boombox! (cue Peter Gabriel's..."Red Rain"); an '80s movie so hip it feels like a '90s movie (only not Singles)
St. Elmo's Fire (1985) - remember what I just said about Footloose? I take it back.
Steel Magnolias (1989) - no, I'm not crying, I'm just chopping onions...on the couch in front of the TV

Read more »
Posted by David Speranza at 7:00 AM 5 comments: Links to this post

Finding Her Voice: Lake Bell's IN A WORLD...

"The industry does not crave a female sound." - Sam Sotto

With the affordability of digital production, it should be no surprise that a growing number of Hollywood actors, dissatisfied with today's big franchise pictures, are stepping behind the camera to create characters and stories of their own. Joseph Gordon-Levitt wrote, directed, and starred in last year’s sharply amusing Don Jon; Zach Braff recently released his follow-up to Garden State, Wish I Was Here; and James Franco seems to turn out something new (if usually unwatchable) every other month.

The ranks of women initiating their own projects is also growing, even in an industry as male-dominated as Hollywood's. Though mostly working in the indie and low-budget spheres, there are a number of actresses who write (or more often co-write) their own films, such as Brit Marling, Krysten Ritter, and Katie Aselton, with the occasional breakout success of a Kristen Wiig (Bridesmaids) or critical acclaim of a Zoe Kazan (Ruby Sparks).

But with exceptions like Aselton (The Freebie, Black Rock), Jennifer Westfeldt (Friends with Kids) and former actress Lynn Shelton (Your Sister’s Sister, Touchy Feely), very few have made the transition to the director's chair as confidently as Lake Bell, who wrote, directed, and starred in 2013’s laugh-out-loud funny, In a World…, making its Netflix streaming debut.

Read more »
Posted by David Speranza at 7:00 AM 2 comments: Links to this post

New in October, Pt. 2: Something for Everyone

Now that we've gotten all those Woody Allen titles out of the way, what about the rest of this month's arrivals? They're actually a pretty extensive—and diverse—group and include a number of welcome returnees, some of which snuck back onto Instant in the final days of September. Among those are 1994's tear-jerking basketball doc, Hoop Dreams; arguably the best of the Merchant-Ivory productions, A Room with a View (1986); and the less well-remembered (except by avid '80s cable watchers), The Wild Geese (1978), a satisfyingly virile action yarn from director Andrew McLaglen, starring the Stallone, Statham, and Schwarzenegger of their day: Richard Burton, Richard Harris, and Roger Moore.

As fun as it violent and cool-headed, The Wild Geese is filled with real men doing manly things, and doing them the way God intended—without computer effects. See all those figures parachuting down into enemy territory? Those really are guys in parachutes, jumping out of real airplanes. And the explosions? Actual on-camera fireballs. I mean, yeesh, kids today with their fancy computer-generated men and airplanes and clouds and water that's never quite convincing. We're talkin' old school here, okay? Back when stars could actually be expendable. None of this mamby-pamby digital blood, or worse, fake animals (hire a deer wrangler already!) or talking dogs, or...

Read more »
Posted by David Speranza at 7:35 PM 4 comments: Links to this post

New in October, Pt. 1: Getting Woody 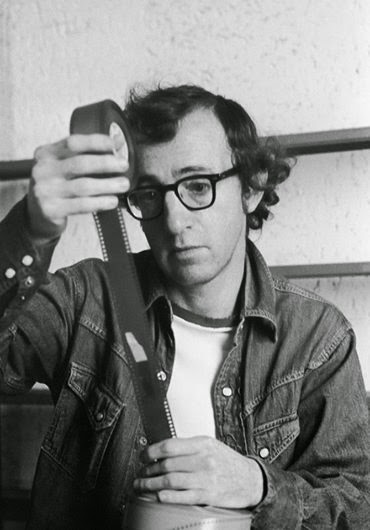 Among an already healthy batch of incoming titles this month, a highlight for many will be the little-heralded arrival of 13 Woody Allen films, spanning the 20 years from 1971 to 1991. Combined with the already streaming Annie Hall (1977) and Manhattan (1979), this means Netflix now offers all but four of Allen's titles from those decades. Granted, three of those missing are among his best—Broadway Danny Rose (1984), Hannah and Her Sisters (1986), and Crimes and Misdemeanors (1989)—but with a filmography as relentless and wide-ranging as Allen's that still leaves enough chestnuts to make nearly any other director, living or dead, feel a pang of envy.

The '70s and '80s were fertile times for Allen, heralding not only his earliest and, to many, funniest comedies, but the commercial and artistic breakthroughs of Annie Hall and Manhattan, the technical tour-de-force of Zelig, and the warmly nostalgic Radio Days and The Purple Rose of Cairo. Entering the 1980s, Allen went on an artistic tear that few, including himself, have rivaled in terms of sheer variety and inventiveness. Working side by side with legendary cinematographer Gordon Willis from 1977 to 1985, the former TV writer and standup comic was definitely feeling his cinematic oats (even if he sometimes wore his influences too unabashedly on his sleeve).

This is the first time since starting this blog (18 months ago!) that I've witnessed such a large dump of one director's titles onto Instant. I have no idea if they'll be sticking around or will emulate the James Bond model of one-month-and-done. For those who can't stand the sight (or sound) of Woody Allen, or have a gripe with his personal life, well...you've probably already stopped reading this. But for fans and anyone curious about the director's early, often groundbreaking work, the following highlights should help you navigate a group of films which, while only a fraction of Allen's total, could proudly be called a complete filmography by just about anyone else.

Read more »
Posted by David Speranza at 8:06 PM No comments: Links to this post