Short notice, I know, but among this month's expiring titles are two comedy classics and one horror classic in-the-making. All three will be gone from Instant as of Wednesday at midnight (8/1/13). So queue 'em up while you can... 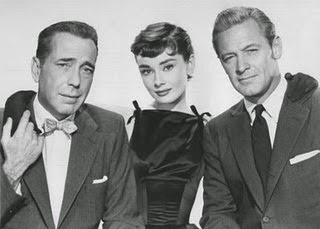 Yet another classic Billy Wilder film bites the dust on Netflix. If a bit lightweight compared to some of the director's more well-known titles (Sunset Boulevard, Some Like It Hot, The Apartment), Sabrina can still teach Hollywood a thing or two about crafting a genuinely funny and charming romantic comedy. Along with all the star power in front of the camera—Audrey Hepburn, Humphrey Bogart, William Holden—Wilder is joined behind the scenes by co-screenwriter Ernest Lehman, who went on to pen classics Sweet Smell of Success and North By Northwest, among others. Bogie, in one of his last major roles, does seem old for the ascendant Hepburn (though not as old for her as Gary Cooper was in another Wilder souffle, Love In the Afternoon). But if you can get past such typical age-inappropriate Hollywood casting, there's a lot of fun to be had in this Cinderella-like tale of a chauffer's daughter climbing the social ranks to find herself torn between two high-society brothers—stuffy businessman Linus (Bogart) and younger playboy David (William Holden). If you've only seen Sydney Pollack's unfortunate 1995 remake, then here's your chance to see the story done right.

Read more »
Posted by David Speranza at 11:18 AM No comments: Links to this post

While there's still no scientific way to identify every soon-to-expire title since Netflix retired its public database in May (see post), I have found a more limited approach that should yield some of the more significant departing titles each month.

Among the bigger ones to be pulled from Instant on August 1 are Chinatown, Broadway Danny Rose, the acclaimed Helen Mirren series, Prime Suspect, and a couple of classics with Marilyn Monroe and Audrey Hepburn. Check out my full list in the tab above (which will come and go as needed). And if any others show up in your queue, please feel free to share them in the comments below.

8/1 UPDATE: I've since discovered a few other titles that expired, probably back on 7/1: Richard Lester's The Three Musketeers, Coppola's Tucker: The Man and His Dream, Play It Again, Sam, and Another Day in Paradise. And the hits just keep on goin'...

Posted by David Speranza at 2:26 PM No comments: Links to this post 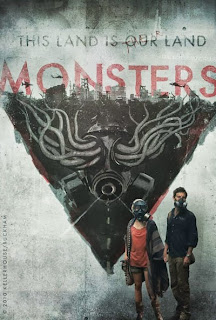 Are you in the mood for superheroic characters fighting scores of scary 3D creatures amid exploding landmarks while computer-rendered populations are crushed beneath tossed cars and collapsing buildings? Then check out The Avengers. Or Pacific Rim. Or just about anything directed by Michael Bay or Roland Emmerich.

But if you need a break from cliche scares and lookalike blockbusters and prefer more character-driven sci-fi--with relatable human beings who aren't wielding weapons or one-liners--then Monsters, an impressive micro-budget alien invasion flick from 2010, should hit your sweet spot. It certainly hit mine.

Set six years after an extraterrestrial species has populated a swath of northern Mexico now walled off from the United States, Monsters utilizes a War of the Worlds-like premise to concentrate on the human toll of an alien occupation--an occupation fought with increasing (and unscrupulous) force by a desperate U.S. military.

Read more »
Posted by David Speranza at 12:41 PM 2 comments: Links to this post

This month brings a clutch of classic star-driven comedies and thrillers to Netflix Streaming, including a pair of Warren Beatty flicks, two movies with Julie Christie, and a couple of body-swapping romances. All that, and an overlooked oddity that teams writer Charlie Kaufman with Sam Rockwell and George Clooney (and is both comedy and thriller). 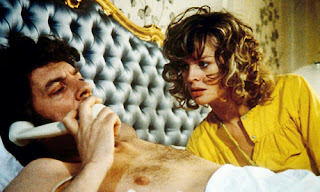 One of the prime examples of director Nicolas Roeg's amazing run of early greatness (including Walkabout, The Man Who Fell to Earth and Bad Timing), this Daphne de Maurier-based supernatural thriller is as well-known for its creeping aura of dread as its infamous sex scene--a scene that even today provokes leering discussions of "Did they or didn't they?" (FYI, they didn't.) But along with those tender, erotically charged moments, the film stands out for its disorienting, slow-building sense of menace, haunting Venice locations, and the utterly human heart of the bereaved married couple at its center. Donald Sutherland and Julie Christie are riveting in that quiet 1970s way--casual, messy, unforced, their realistic intimacy almost unnerving compared to the more heightened, on-the-nose theatrics of today's Hollywood. It's refreshing and rare to see such unguarded (emotionally and physically) moments between major stars. You can't help caring for these wounded souls, worrying for their safety as a series of strange events and mysterious premonitions lead them (and us) to believe something terrible lurks within the city's twisty streets. Are dark forces at work? Fate? Or is it only coincidence?

Read more »
Posted by David Speranza at 11:58 AM No comments: Links to this post

FOX's marketing department insists on calling her "adorkable," but that's no reason to hate Zooey Deschanel or her show New Girl. The woman long ago proved her talents, not just with years of credible indie and big-studio comedies and dramas, but with a series of retro pop albums as one half of She & Him. Sure, she can be quirky and weird and dresses in overly colorful, girly outfits that accentuate her trademark bangs and enormous, perpetually startled eyes. But there's no denying she's found her own Gen-Y style niche--no small accomplishment in a world with Lady Gaga. 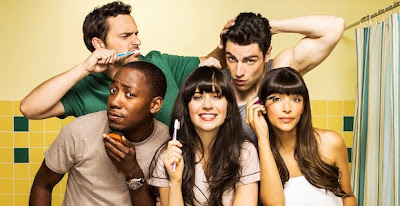 Read more »
Posted by David Speranza at 3:25 PM No comments: Links to this post

Dive On In: UPSTREAM COLOR

Though often labeled a "sci-fi thriller," Upstream Color (2013) isn't easy to categorize and is even trickier to describe. A poetic mix of horror, romance, science fiction and art film, it plays like a mashup of Terence Malick and David Lynch, without being as dark as the latter or as deeply internalized as the former. But like those directors' best work, Upstream Color leaves you puzzled and affected in equal measure, its images and ideas supplanting easy answers with an emotional resonance that's hard to shake. Somewhat reminiscent of the personal, elliptical cinema that emerged from France in the 1960s (think Alain Resnais' Last Year at Marienbad, Je t'aime je t'aime, or Chris Marker's La Jetee), it represents an anomaly even by today's indie standards.

Read more »
Posted by David Speranza at 11:44 PM No comments: Links to this post