Netflix offers up its inevitable end-of-month misery to movie lovers in the next couple of days, pulling the plug on a wide mix of titles that many of us would rather stay right there in our queues, thank you very much. Certainly there's consolation to be had from the coming return of a number of lamented losses (including several by Robert Altman), but it will be tough to say goodbye to the pulpy-but-fun Black Snake Moan (2007), the goofy antics of John Cleese in Clockwise (1986), the corny romance of An Officer and a Gentleman (1982), the shocking irreverence (and sad truths) of Bill Maher's Religulous (2008), and even the well-crafted do-goodism of Kevin Costner's undeniably entertaining Dances with Wolves (1990). 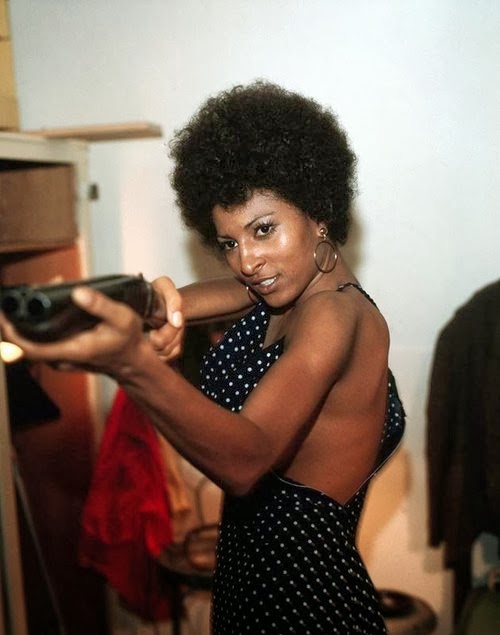 The pain is distributed evenly, at least: if you like classic Hollywood stars, then take a last look at Clara Bow in It (1927), Marilyn Monroe in There's No Business Like Show Business (1954), Shirley MacLaine in Woman Times Seven (1967), and, um, that giant blimp in Black Sunday (1977).

If you're into Pam Grier blaxpoitation flicks, then this month's expirations may especially hurt. Three of her better-known movies are on the chopping block: Coffy (1973), Friday Foster (1975), and Sheba, Baby (1975). Fortunately, she'll still maintain a respectable streaming presence, with her "cage" pictures and a number of more recent actioners and melodramas sticking around, including Quentin Tarantino's latter-day ode to her, Jackie Brown (1997).

Read more »
Posted by David Speranza at 11:44 PM 2 comments: Links to this post

Too often when a veteran performer or filmmaker dies, they've so outlived their cultural relevance it's only natural to find yourself callously wondering, "Wasn't he dead already?"

Not so with the recent loss of Harold Ramis (and Philip Seymour Hoffman before him). In Ramis' case, even though he hadn't directed a feature film since 2009's underrated Year One, he never seemed irrelevant. Granted, in boxoffice terms he didn't have a commercial hit since 2002's cash-grab Analyze That, but he continued working as a TV director (The Office) and actor through 2009—presumably when his illness began to get the better of him.

But over the decades Ramis had accrued so much good will from both audiences and the movie industry—as not only actor and director, but co-writer of some of the most well-loved comedies of the 1980s and '90s—it was impossible to think of him as anything but a very current, and very alive, contributor to pop culture.

Netflix Instant isn't streaming many of Ramis' films—no Caddyshack, no Stripes, no Groundhog Day or even Analyze This. But the three it does offer are topnotch entertainments, including Ghostbusters (1984), probably the biggest boxoffice hit of his career (as co-writer and actor); one of his least commercially successful but most artistically rewarding films, 2005's bitingly funny The Ice Harvest; and as co-star in the Diane Keaton 1987 romantic comedy, Baby Boom (which admittedly hasn't aged well). These three serve as fitting testimony to Harold Ramis' versatility and his warm, affable presence both behind and in front of the camera. Thanks, Harold, for sharing your humor and talent with all of us.

(A full review of The Ice Harvest can be found here.)

UPDATE: Since the publication of this post, Ghostbusters has expired while Analyze This and Analyze That are now streaming. This may or may not still be the case by the time you read this.


Posted by David Speranza at 4:45 PM No comments: Links to this post

As a follow-up to last week's post, here's one more example of the loose, no-rules cinema that dominated a decade of anti-establishment filmmaking.

The car chase movies of the 1970s were a fabulous form of escape for anyone who grew up watching them at drive-ins or chopped up between commercials on fuzzy black-and-white TV's. Gritty, disposable, outrageous—their fast-forward journeys as existential as they were literal—these future cult flicks reveled in automotive excess and the ingenuity of their clearly insane stunt crews.

Further refinement—and more elaborate stunts—emerged in 1974, a banner year that featured Spielberg's The Sugarland Express, the ultra low-budget Gone in 60 Seconds, and the gonzo Dirty Mary, Crazy Larry. Most of these flicks sported a nihilistic, authority-flouting temperament as defiant as any racing stripe, none moreso than Dirty/Crazy.

Read more »
Posted by David Speranza at 12:33 AM No comments: Links to this post

Some classic 1970s flicks found their way to Netflix Instant this month, partially making up for recent losses in that department. And who better to represent the last golden age of cinema than directors Robert Altman, Hal Ashby, and John Schlesinger; and actors Elliott Gould, Donald Sutherland, Bud Cort, Peter Fonda, and Nick Nolte? But even if that era leaves you cold (and if it does, you may need to check your pulse), you can also now stream Billy Wilder's transcendent Sunset Boulevard (1950) and Bryan Singer's deliciously beguiling The Usual Suspects (1995)—two films worthy of permanent residence in your queue (or as permanent as Netflix allows). [Note: Both have since expired.] 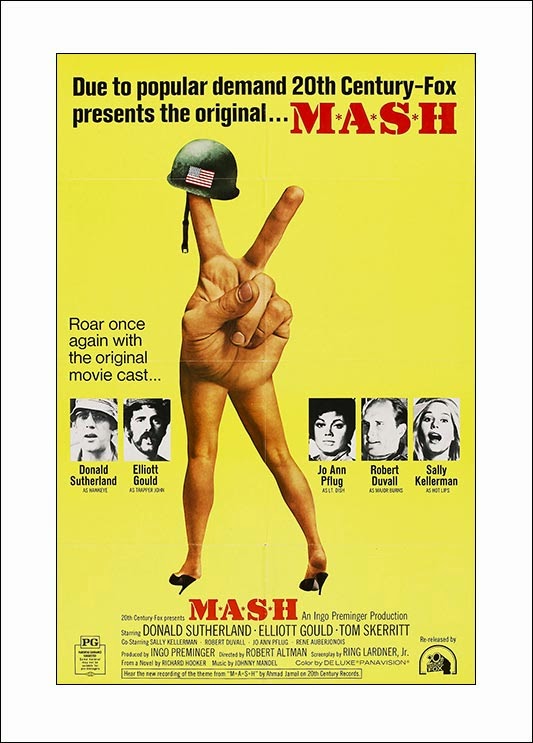 It seems that each time a Robert Altman film leaves Netflix, another one appears, H.Y.D.R.A.-like, to take its place. In this case one could argue it was a fair swap. Out with Cookie's Fortune, in with M*A*S*H, the director's first big hit? Yes, please—especially if you've never seen this anarchic, groundbreaking comedy that marked the beginning of a long career filled with nearly as many highlights as lowlights—which is saying a lot, considering Altman's numerous duds. (They can't all be winners, right? Just ask Woody Allen, who's having a career resurgence similar to Altman's in the '90s.) Not only did M*A*S*H spark the careers of Altman, Elliott Gould, Donald Sutherland, and Sally Kellerman (among others) while providing the template for one of television's most successful TV shows, it also introduced a new mode of screen comedy (raunchy and adult), a loose, semi-improvisatory acting style, and a level of overlapping dialogue not heard since 1940's His Girl Friday. The advances in sound recording and mixing alone make M*A*S*H noteworthy, but of course that's ignoring the realistically casual performances and still-shocking black humor. Sure, some of the political incorrectness and a seemingly endless football finale may draw frowns, but the film retains a freshness and daring that ensure its place in the pop-culture canon. Not to mention it makes the characters on the ensuing TV series seem practically neutered.

Read more »
Posted by David Speranza at 12:37 AM No comments: Links to this post

What's on WHAT'S ON NETFLIX NOW?

Given the recent bump in visitors (due to some generous readers on Reddit, Facebook, and Twitter--I thank you all), I thought it would be a good idea to revisit an earlier blog entry so that newcomers have a better idea of what this site is about. Yes, the What's New and What's Expiring lists are always going to be a big draw, especially as word continues to spread. But there's also a distinct point of view to them, and especially to the editorial content. It's never been my goal to cover everything and anything that comes to Netflix. Instead I want to bring a sense of curated content, as informed by decades of watching, studying, and (occasionally) making films. So, you may rightly ask:


Or: What Kind of Weird Stuff Will You Be Pushing On Us?

In the course of starting this blog, I may have conveyed the idea that these little writeups are aimed at movie buffs and other heavy-duty Patrons of Cinema. That's not actually the case. At least I hope that's not how this comes across.

Maybe it was misleading to have kicked things off with a classic like His Girl Friday. What I really hope to do here is appeal to not just film geeks but average and casual viewers--those who enjoy above-average entertainment but don't always know how to find it. I'm no film buff myself (honest), but as a sometimes-filmmaker trying to understand the intricacies of his craft, my goal has always been to see as much of the good stuff, and as little of the bad, as possible. That's meant developing plenty of blind spots (which is why I don't consider myself a proper "buff"), but what I do know about I feel pretty secure in sharing.

Read more »
Posted by David Speranza at 12:57 PM No comments: Links to this post