I'm hard-pressed to find any rhyme or reason in the licensing agreements between Netflix and the studios and distributors who provide its content. You'd think that if you're going to pay for the rights to stream, say, an all-time classic like Billy Wilder's Sunset Boulevard, you'd want it to stick around for more than a couple of months, right? And yet, after debuting in February, this brilliant Hollywood satire is now returning from whence it came (to some virtual equivalent of a studio vault?). The same goes for Play It Again, Sam (review) and Breakfast at Tiffany's, both of which reappeared in January after expiring last year and are once again exiting stage left. Finishing equally brief stays are the underappreciated Racing with the Moon and Catch-22—bringing to mind those on-again/off-again Coppola films last seen in January.

At least Darren Aronofsky's Pi (review) got to stick around for a full year before it gets the axe on the 31st [update: it's been renewed], which is more than can be said for 1995's Kicking and Screaming, which showed up less than 30 days ago and is already getting its pink slip. It's hard to believe the streaming rights to such a small film cost all that much, so why not pay for a longer-term license? Else why bother? After all, despite its many charms, Noah Baumbach's first feature is hardly the kind of prestige flick that will get people signing up for Netflix in droves. Such a brief visit seems far more appropriate (if cynical) for a recent blockbuster, no? Netflix could even build a marketing campaign around it: "Now, for one month only, catch up on all the X-Men movies before the new sequel's premiere!" Heck, do that several times a year prior to big summer and holiday releases, and it would boost business for all concerned (and Netflix might even be able to score a licensing discount in exchange for the joint publicity).

Read more »
Posted by David Speranza at 5:51 PM 3 comments: Links to this post

So many new and returning titles this month! Whether by accident or design, Netflix seems to be making up for some of its recent deletions. Already back from the January 1 "great purge" are a number of classics including Easy Rider (1969), Roman Holiday (1953), Serpico (1973), and True Grit (1969), along with popular favorites The Bad News Bears (1976), Dirty Dancing (1987), and As Good As It Gets (1997). Fans of the late Phillip Seymour Hoffman will also be pleased to see Capote (2005) return to the fold. 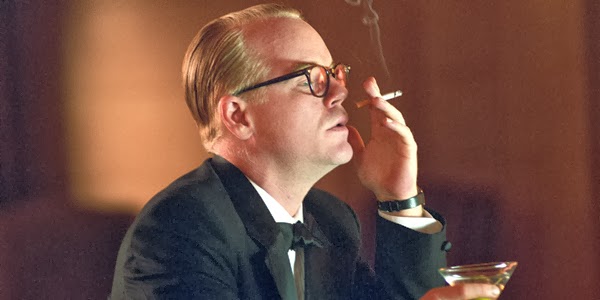 Also returning: a veritable slew of Robert Altman films, from the good to the great to the misguided, bringing the director's total number of streaming titles to an impressive nine. No telling how long they'll stick around this time, but must-sees are The Long Goodbye (1973) and Thieves Like Us (1974); should-sees are Streamers (1983), a stark, underappreciated adaptation of David Rabe's play, and the Tim Roth tour de force, Vincent & Theo (1990). In the "misguided but rarely seen" category is O.C. & Stiggs (1985), Altman's satirical attempt at a teen comedy that remains fascinating despite its flaws. This intermittently funny oddity is worth watching for Dennis Hopper alone, who seems to be reprising his stoner-photographer character from Apocalypse Now, complete with a "Ride of the Valkyries" attack. Martin Mull, Ray Walston, and Jane Curtin also join the fun. Bizarre? Entertaining? Misunderstood? I can guarantee you at least two.

Read more »
Posted by David Speranza at 12:21 AM No comments: Links to this post