That's not even taking into account expiring second-tier pics like Adios, Sabata (1971), Hatari! (1962), Thief (1981), This Property Is Condemned (1966), and Will Penny (1968). Granted, there should be a few pre-1982 additions arriving in March, but at this point I count only two: Taxi Driver and 3 Days of the Condor. Of course, if you're a fan of upcoming TV shows like A Different World or the recently added Robocop remake, then no worries, right? (Note: heavy sarcasm. Do not ingest if on a low-calorie diet.)

If we look at more recent decades' titles, the picture isn't much rosier. The 1980s fare the best, with the most notable deletions being Ridley Scott's underrated Black Rain (1989), the B-grade John Hughes flick Pretty in Pink (1986), kiddie fave Honey, I Shrunk the Kids (1989), and Terry Gilliam's hot mess, The Adventures of Baron Munchausen (1989).

Read more »
Posted by David Speranza at 6:10 PM 5 comments: Links to this post

New in February: Taking It Slow 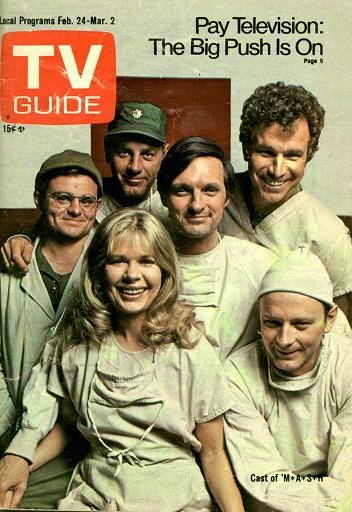 This has definitely been one of the slower months I've seen in terms of new releases. More than a third of the new titles were returning ones, while, with the exception of Houseboat (1958), there were no classics added in February, not even with 1980 as a cutoff. For comparison, this time last year Netflix added 10 classic titles, including an excellent group of 1970s films. Given all the recent deletions of older catalog titles—both feature films and BBC shows—that's not a good sign, and seems to further cement Instant's continuing emphasis on original content and new TV shows.

But let's look at the good news: among those TV shows are the second season of Bates Motel (2014), the full 2010-2013 run of the sexy/violent Spartacus, and the first five—some would say best—seasons of all-time classic M*A*S*H (comprising the years 1972 to 1978). The latter is a pretty nice coup, I must say, since it's been a long, long time since a lot of us have had the chance to revisit that landmark show. For those who have never seen it, I'm happy to report it still holds up in most ways—as long as you can get past some of the first season's casual sexism (a holdover from the original movie) and learn to ignore the superfluous laugh track CBS forced on the show's creators (to make sure audiences knew it was, you know, a comedy). No telling if Netflix will add the remaining six seasons, the last three of which are a bit spotty, but for now these episodes from the Frank Burns era should keep fans of the 4077th giggling through their surgical masks.

Read more »
Posted by David Speranza at 8:43 AM 5 comments: Links to this post