November Expiration Watch: Give and Take (but Mostly Take) 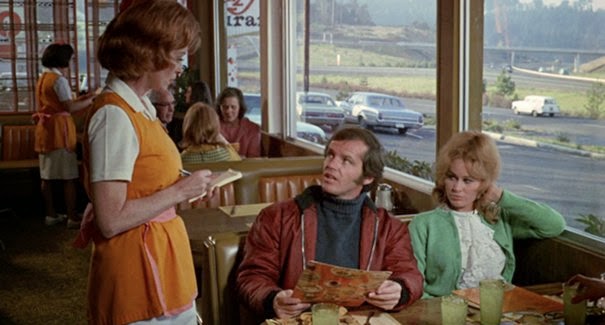 Quite the list of casualties this month. Perhaps making up for its largesse at the beginning of November, Netflix is taking away a big chunk of its recent gains, especially titles that arrived in June and September. Notable June entries now expiring include Five Easy Pieces (1970), Funny Lady (1975), and Coffee and Cigarettes (2003), as well as those infamous big-budget flops, 1941 (1979) and Ishtar (1987), which are more entertaining than their reputations might suggest (see my reviews here.)

For some reason, the sci-fi and horror titles from June and September are getting especially hard hit, with toe tags now written up for Event Horizon (1997), Invaders from Mars (1986), Young Sherlock Holmes (1985), Audrey Rose (1977), The Believers (1987), Monkey Shines (1988), Johnny Mnemonic (1995), and Mission Impossible III (2006). RoboCop 2 (1990), which only arrived this month, is also getting the bounce. And then there's 1984's The Philadelphia Experiment, which has been around for a while but otherwise deserves mention in the sci-fi category (and expires a day earlier than the others, on the 29th). Granted, most of this group doesn't rate more than 3 or so stars—and they're all fairly well-worn—but still, could it hurt to let them stick around for fans of these genres?

Read more »
Posted by David Speranza at 9:20 AM 2 comments: Links to this post 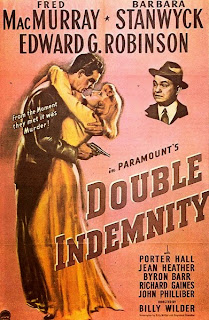 It wouldn't be surprising if the first thing that came to mind upon hearing the words "classic movie" was 1944's Double Indemnity. After all, it's black-and-white, it features major movie stars from the 1930s and 1940s (Edward G. Robinson and Barbara Stanwyck), and one minor star (Fred MacMurray) who would go on to greater fame in the 1960s (in family films and on TV's My Three Sons). It also happens to be fairly seminal, considered by many to be the first true film noir. But probably the most important factor in Double Indemnity's status as an all-time classic is that it was directed by the incomparable Billy Wilder.


A lot has been written about Wilder (including on this blog, here and here), but as classic film buffs know, it's with good reason. Wilder's consistency, wit, and dry-eyed romanticism made him a giant among audiences, peers, and generations of aspiring screenwriters (his most famous contemporary torch-bearer being Cameron Crowe, writer-director of Jerry Maguire and Almost Famous). An Austrian Jew smart enough to see the Nazi writing on the wall in 1933, Wilder left Europe for Hollywood and soon carved out a career as a highly successful screenwriter, co-writing Midnight, Ninotchka, and Ball of Fire before becoming one of the sound era's original crop of writer-directors (joining Preston Sturges, Orson Welles, and John Huston).

Double Indemnity was only Wilder's third Hollywood picture as a director, following the diverting Ginger Rogers vehicle, The Major and the Minor (1942), and the underrated WWII thriller, Five Graves to Cairo (1943). Turns out the third time was the charm, as Double Indemnity became the first of a string of indisputably great classic movies that would include Sunset Boulevard, Some Like It Hot, and The Apartment, to name only a few. Like those other films, Double Indemnity represents a kind of cinematic perfection that most filmmakers rarely achieve once, much less the half dozen or so times Wilder and his collaborators managed.

Read more »
Posted by David Speranza at 8:59 AM 2 comments: Links to this post

New in November: Tough to Choose

A lot of good stuff this month. A lot. Which is why it's taken me longer than usual to sort through it all and decide which titles to write about. Let's start with something easy:

It's hard not to be happy at new seasons of Portlandia, It's Always Sunny in Philadelphia, and (hooray) Miss Fisher's Murder Mysteries (a series I reviewed earlier this year). Also The Bletchley Circle, which I hear good things about but haven't seen. Making its Netflix debut (on the 10th) is the first season of the sci-fi thriller Helix, which was executive produced by Battlestar Galactica's Ronald D. Moore and should be worth a look or two. If you're more in the mood for science than science fiction, there's the debut of the three-part Your Inner Fish (2014), an entertaining and—to some—provocative look into what we were before we became the sophisticated movie-watching bipeds of today.

A fairly idiosyncratic mix of pre-1980 movies are on hand, starting with 1962's Hell Is for Heroes, an acclaimed WWII actioner directed by scrappy Don Siegel and starring Steve McQueen and James Coburn. If those two stars aren't steely-eyed enough for you, check out Charles Bronson in Breakheart Pass (1975), a rough-and-tumble western that also features tough guys Ben Johnson and Richard Crenna.

Distinctly less action-heavy is Cleopatra (1963), which, if never exactly considered a good movie, its notoriety makes it a genuine curiosity for a) Dick and Liz fans, b) Joe Mankiewicz fans (he did All About Eve and A Letter to Three Wives), c) fans of historical epics, and d) those who are physically capable of sitting in front of their screens for 4 hours.

But no need to torture yourself—not when you can treat yourself to something bubbly like 1966's How to Steal a Million, a romantic heist comedy directed by William Wyler (Roman Holiday) that features Peter O'Toole and Audrey Hepburn alternately wooing and outwitting each other. Or maybe you're still feeling Halloweeny, in which case you might try laughing yourself scared with The Crimson Cult, a 1968 B-horror movie by way of Brit stalwarts Boris Karloff, Christopher Lee, and Barbara Steele in green (or is it blue?) body paint. And then there's something that tries just a bit harder...

Read more »
Posted by David Speranza at 7:00 AM 3 comments: Links to this post